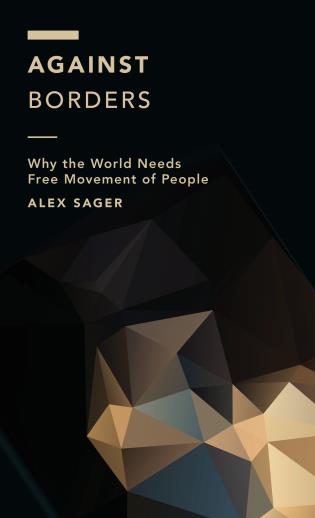 In this timely, insightful, and engaging book, Alex Sager argues that there are compelling considerations in favor of open borders, such as the demands of distributive justice and a careful assessment of immigration enforcement policies. He addresses questions concerning political action in the face of border controls, persuasively enjoining readers to do their part in working towards open borders.
— Gillian Brock, Professor of Philosophy, University of Auckland, New Zealand

Alex Sager’s powerfully argued book combines the commitments of an activist with the analytical skills of a political theorist. Drawing on an impressive range of philosophical, historical and social scientific sources, Sager mounts a sustained critique of arguments for border restrictions. Open borders as a feasible political goal has found an eloquent and sophisticated advocate.
— David Owen, Professor of Social and Political Philosophy, University of Southampton, UK

Against Borders is a courageous, deeply knowledgeable and carefully-argued book. In a field saturated with very familiar arguments for even more well-rehearsed positions on free movement, Alex Sager has broken with the crowd, advancing a multipronged and persuasive case that borders are useless, dangerous, and unjustifiable. This book contains readable theory backed up with a rich array of data. Scholars and non-experts alike will benefit from its content.
— Elizabeth F. Cohen, Professor of Political Science, Maxwell School of Citizenship and Public Affairs, Syracuse University, USA

Alex Sager brings the open-borders debate right down to Earth. He connects it to the ongoing effects of racism, colonialism, and so on. And he makes a strong case that opening borders can be not just a philosopher’s ideal but a genuine policy option. It’s a very important project and he carries it through with his characteristic clarity of thought and extremely impressive breadth of knowledge across both normative and empirical disciplines.
— Adam Omar Hosein, Associate Professor of Philosophy and Religion, Northeastern University, USA

Toward a Cosmopolitan Ethics of Mobility was featured on the Talking Migration podcast: Are We Biased by Methodological Nationalism?

“Alex Sager exposes how deeply political philosophy’s engagement with migration and human mobility is saturated with nationalist assumptions and how this weakness extends even to work written from a cosmopolitan stance. Drawing on a multidisciplinary literature, he shows how state practices of bordering and exclusion go beyond the regulation of relations between ‘insiders’ and ‘outsiders’ and reproduce deep inequalities within cities and states. This engagingly written book is essential reading for political philosophers and theorists of migration who want to reflect on the ethical implications of their own research.” (Chris Bertram, Professor of Social and Political Philosophy in the Department of Philosophy, University of Bristol)

“A great value of philosophy is that it brings us to examine basic assumptions, which often are hidden and naturalized. This clear and energetic book does just that. Sager questions our nation-state framework, and by doing this he brings up a much wider range of mobile people, inside national borders as well as outside, rich as well as poor, white as well as colored. His thoughtful review provides important ethical and political insights for a wide audience, experienced professionals to novice students. I recommend this work enthusiastically.”(Josiah Heyman, Director, Center for Inter-American and Border Studies and Professor of Anthropology, University of Texas at El Paso)

“In clear, accessible prose, Sager challenges deeply-held assumptions about place and belonging, asking us to think of humans as first and foremost a mobile species. Essential reading.” (Reece Jones, Professor and Graduate Chair, Department of Geography, University of Hawai‘i at Manoa)

“Toward a Cosmopolitan Ethics of Mobility is at once rigorous enough to be essential reading for political theorists and empirical researchers, and clear and self-contained enough to serve as an introduction to migration for students and general readers everywhere. Sager’s brief manifesto is a morally impassioned and philosophically rigorous call to shake off long-held assumptions and biases that distort research and public debate on migration, and to replace them with a critical cosmopolitanism that is more concerned about how people fare than about who is living where.” (Avery Kolers, Professor of Philosophy and Director of Social Change Program, University of Louisville)

“Toward a Cosmopolitan Ethics of Mobility is a must-read intervention into contemporary liberal political theory from the perspective of the migrant. It offers nothing less than a crushing and systematic critique of the methodological nationalism and sedentarist politics that currently and unfortunately dominates political theory today. In its place Sager puts forward a carefully-argued and much-needed new foundation for contemporary political theory: a critical cosmopolitanism and a political theory of mobility that begins with the primacy of movement and migration. This is the kind of book we need now more than ever.” (Thomas Nail, Associate Professor, Department of Philosophy, University of Denver)