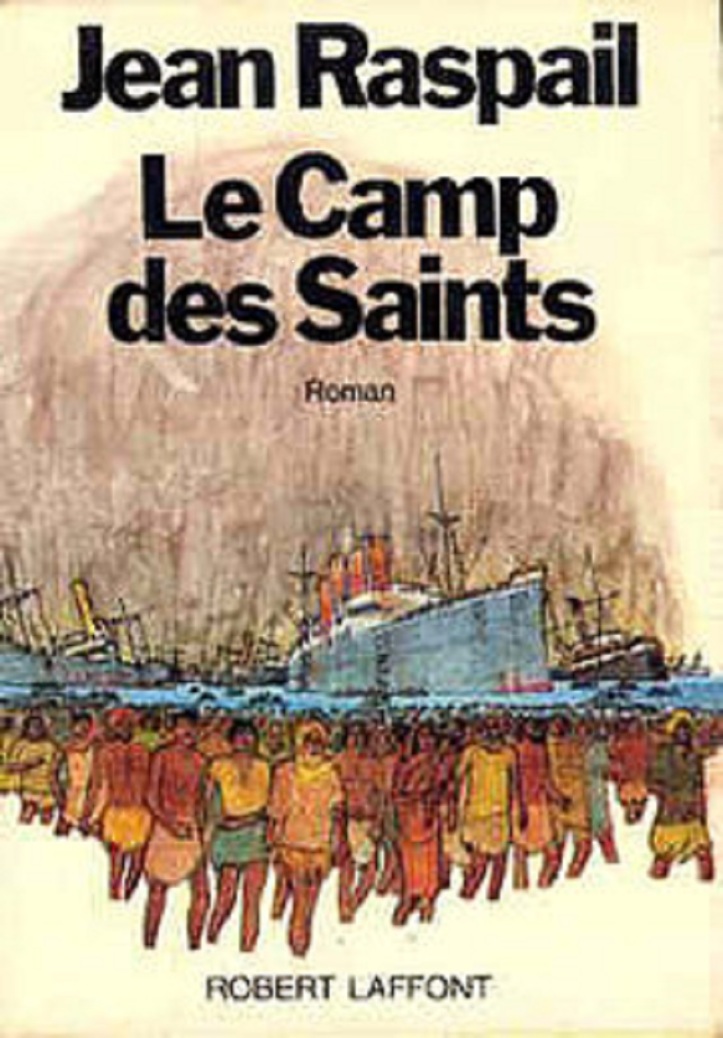 Paul Blumenthal and JM Rieger’s This Stunningly Racist French Novel Is How Steve Bannon Explains The World connects Bannon’s ideology to Jean Raspail’s The Camp of the Saints.

Raspail imagines a near-future in with starving refugees from Calcutta flood into the French Rivera, overwhelming Europe which has been rendered defenseless by its humanitarian ideals. His preposterous, but alarmingly influential vision has helped move the world away from cosmopolitanism and a commitment to human rights toward nationalism, authoritarianism, and hatred of the other.

I first came across Jean Raspail’s racist dystopia when I was writing my PhD thesis on the ethics of immigration and found that it was a favorite among the far right.

Pat Buchanan praised Raspail in State of Emergency (a book whose only merit is that provides insight into the far right worldview). At the time, I was surprised to find that the historians Matthew Connelly and Paul Kennedy took Raspail’s diatribe seriously (Must It Be the West against the Rest?). Raspail’s theme entered the mainstream through books like Christopher Caldwell’s Reflections on the Revolution in Europe and Samuel Huntington’s Who Are We? It provides an extremist template that others have been able to modify by toning down the language, replacing race with “culture”, and buttressing with faux social science. (I was disappointed, but not surprised that the New York Times printed Caldwell’s recent apologia for Bannon).

Utopia literature is not very common these days, but dystopias from The Hunger Games to The Road have flourished. Much has been made of the danger of utopia (famously, Karl Popper’s The Open Society and Its Enemies). Utopias are indeed dangerous to attempt bring about through violence, but dystopias – and efforts to stave them off – are equally if not more dangerous. This is true, I suspect, even of novels I admire such as Paolo Bacigalupi’s environmental dystopia The Windup Girl.

Dystopia is often a reactionary genre: it takes tendencies of our world and projects them in an exaggerated way into the future.

Ideally, dystopia would serve as a warning, but this depends on people believing that dystopia has not yet materialized and that they can take actions that it will prevent it from doing so. Danger arises when people are led to believe that dystopia is already here. This describes much of our current political discourse – in eight years, we have moved from a Presidential campaign framed around hope to a political regime mired in fear: fear of immigrants, fear of Muslims, fear of crime, fear of difference.

The Camp of the Saints has the dubious achievement of imagining an alternative reality that far right politicians across Europe and the United States now think is real. Drawing on a fake refugee crisis and mistaken views about terrorism, they are responding with violence, primarily against vulnerable people such as immigrants, refugees, and racialized minorities, but also against rule of law and human rights – two bulwarks that stave off dystopia. Racist dystopias can inspire people to bring about the violence and terror predicted, creating a vicious cycle that bring them closer to reality.